Zero-emission hydrofoil boats made in Switzerland

The European Union is targeting climate neutrality by 2055. Switzerland’s MobyFly is paving the way for the mass transportation sector with a zero-emission fuel hydrofoil boat.

What looks like a futuristic concept for a new passenger transportation ferry might soon be part of the daily commute for many congestion victims. Based in Collonges in Switzerland, a group of visionaries from the technology company MobyFly have set themselves the mission of developing hydrogen or electric transport boats. These boats are equipped with foils that enable them to ride above the water and improve performance. According to the company, the zero-emission hydrofoil boats will be capable of transporting passengers in comfort at speeds in excess of 70km/h while using 70% less energy than existing diesel ferries – and without creating any waves or pollution in the process.

What better way to prove to the world that a zero-emission hydrofoil boat is a true alternative to existing diesel-powered ferries than to showcase it at major international events?

MobyFly, which was founded in 2020, announced last year it had concluded an agreement with a French transportation operator tasked with creating a transportation network for the Paris 2024 Olympic Games. In a congested city like Paris, the River Seine might be the best way to bring athletes, coaches and delegations to the venues. The first boat will be tested on the Seine in September 2022, and when the Games are over the boats will be used for commuting and events.

One year after the Paris Olympic Games in 2024, MobyFly is working on another big appearance. In February 2022 the Swiss start-up won an award in the Hack Osaka competition, which pre-selects innovative ideas for the 2025 World Expo in Japan. It is MobyFly’s ambition to have their boats used to transport visitors to the exhibition in Osaka Bay. 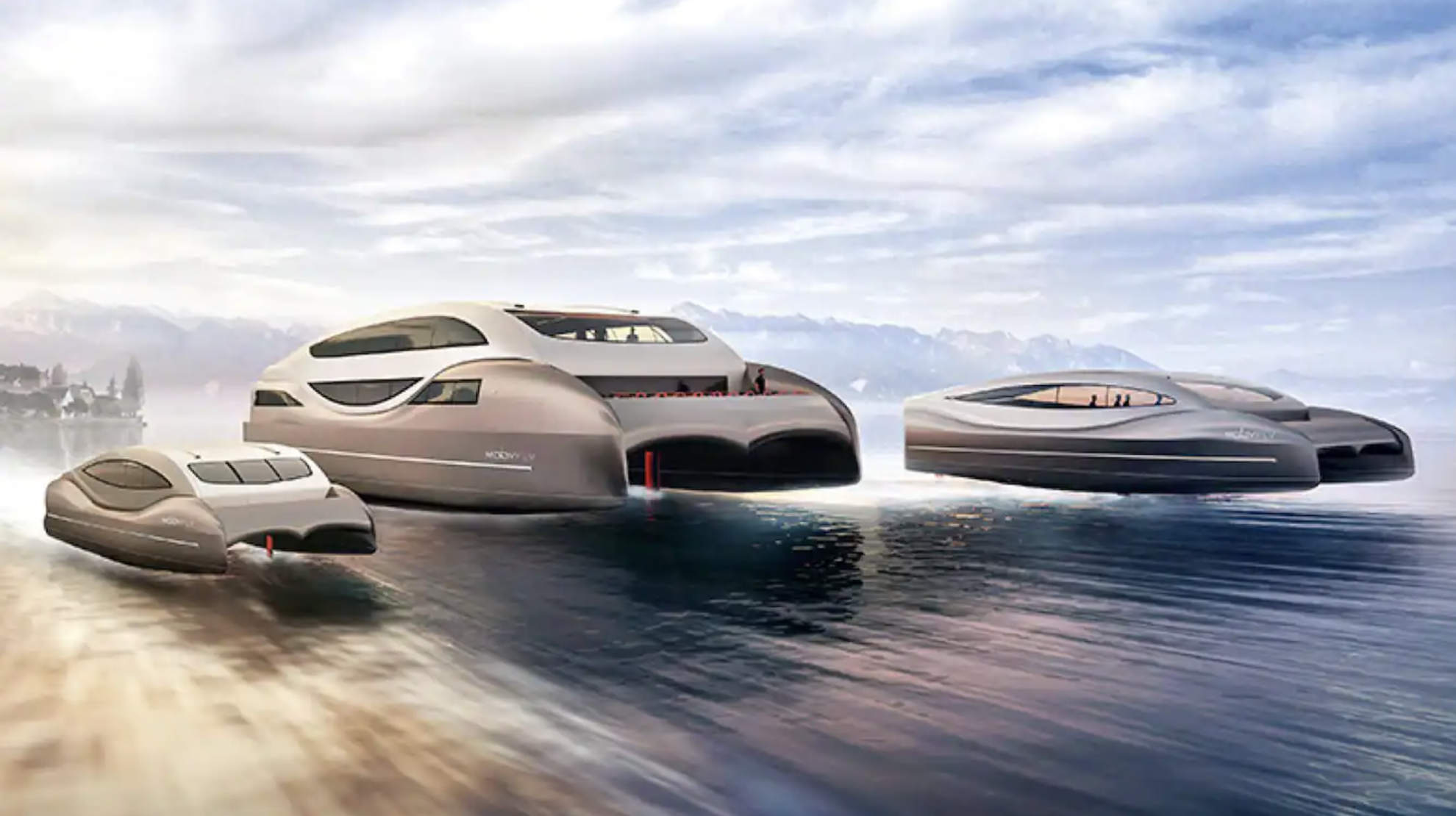 First vessels in production for Portugal

Nine ecological boats are currently being produced for the Portuguese operator Nosso Tejo, who will operate the novel technology in Lisbon with four 60-seater boats and five 300-seater boats. The first vessel is scheduled for delivery in May 2022.

Using lakes, rivers and seas for public transport and thus relieving congestion in cities is not new, but offering mass transportation with a zero-emission approach is a very promising endeavour. According to the Swiss-based company, it has already signed several orders in the Swiss, French, Japanese, American and New Zealand markets, and has also received support from the European Union Innovation Fund.

The grab-and-go future of grocery shopping in Switzerland

The newest retail unicorn made in Switzerland