"One small step for man, one giant step for mankind". In Europe it was 03:56 on Monday 21 July 1969 when Neil Armstrong first set foot on the moon during the Apollo 11 mission. It was a triumph for the United States. For the first time in history, a man walked upon the dusty landscape of Earth's natural satellite. The images quickly circled the globe and today are still as captivating as ever. Fifty years after the event, the United States and the rest of the world are poised to celebrate this historic achievement in which Switzerland also had a role. 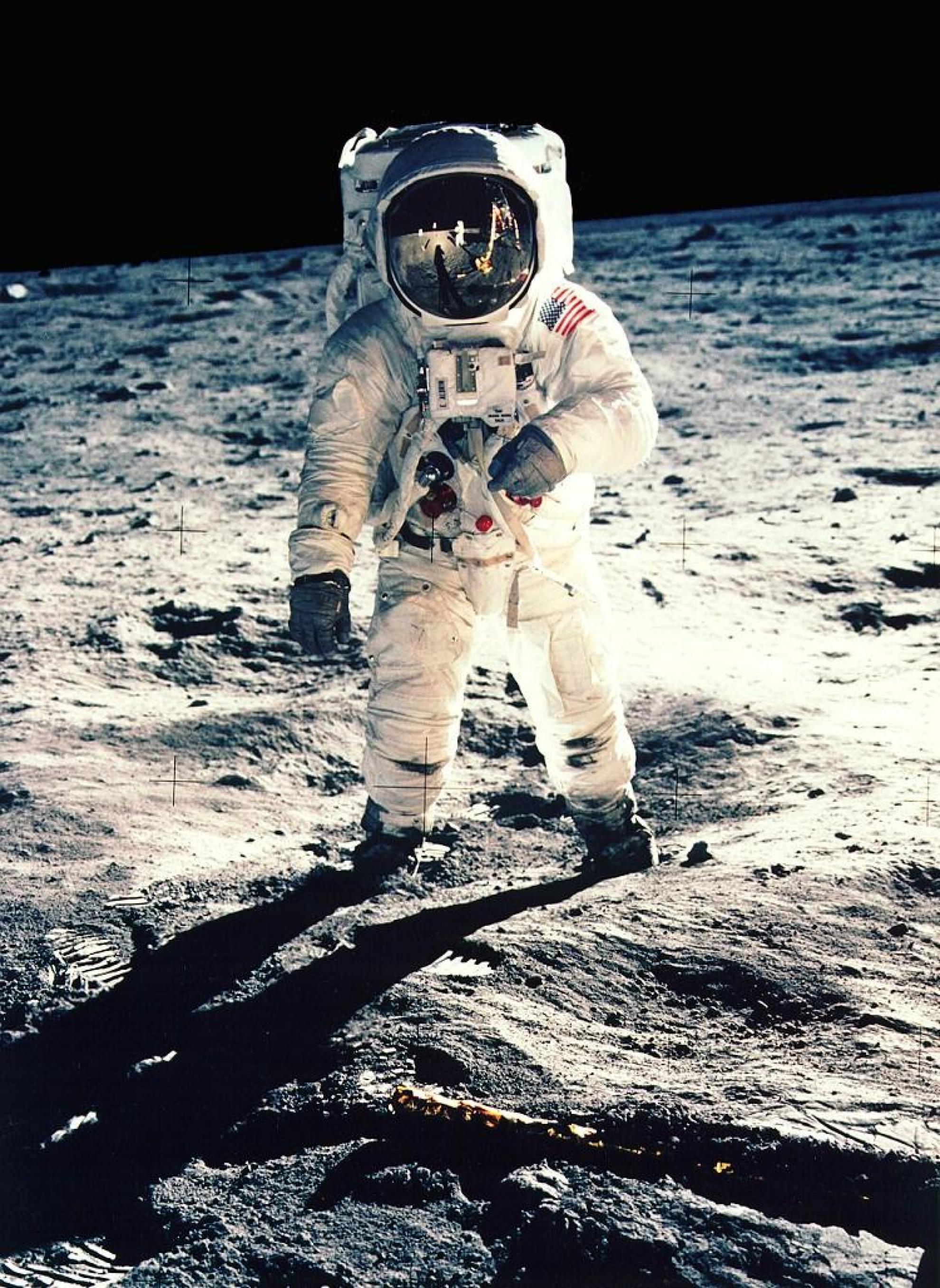 Let us travel back to 1969. On 18 May, two months before Buzz Aldrin and Neil Armstrong's exploit, Apollo 10 took off from Cape Kennedy with three astronauts on board. This was the fourth manned space flight of the Apollo programme and the second to reach the lunar orbit, and it was seen as somewhat of a dress rehearsal. Its purpose was to test all the manoeuvres that Apollo 11 would perform and to assess potential landing sites. The astronauts took photographs using a colour camera from J. A. Maurer Inc. LIG NY, fitted with lenses manufactured by the now defunct Kern & Co. AG, from Aarau in the canton of Aargau.

This was the first time that the company had provided lenses to NASA. But it wouldn't be the last. Indeed, it was lenses made by Kern that captured the descent of the 'Eagle' module which took Neil Armstrong and Buzz Aldrin to the surface of the moon. The Eagle also had a second colour camera with a Kern lens on board, in order to film the landing manoeuvres and the mission of the two astronauts. It was this camera that immortalised the giant steps of the two men during President Nixon's call while saluting the American flag. But the images watched by millions of people around the world were in black and white. 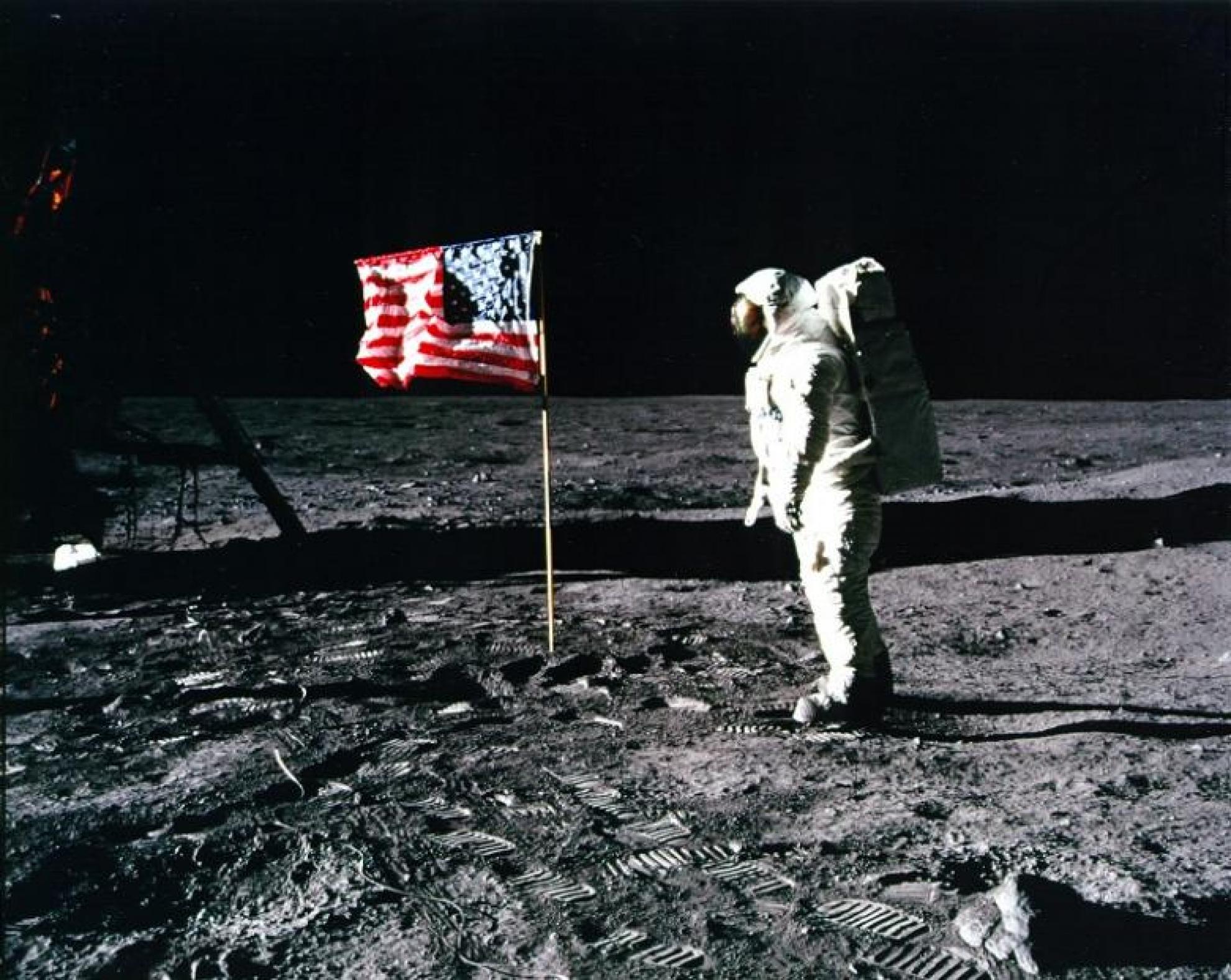 The Kern objectives immortalized the giant steps of the two men during President Nixon's call and salute him to the American flag.

Colour films only came back to Earth with the return of the Apollo 11 crew, along with the camera, which Neil Armstrong treasured in secret for decades thereafter. It was not until February 2015, three years after the astronaut's death, that his widow Carol discovered the famous camera at the back of a wardrobe. It is now on display at the Smithsonian National Air and Space Museum in Washington, DC. As for the Kern lenses, three of the eleven rolls of film containing copies of the original Apollo 10 images are displayed as part of the Kern collection at the Stadtmuseum in Aarau.

A multitude of little-known stories surround the conquest of the moon. One of them concerns physicists at the University of Bern. In the 1960s, Johannes Geiss was head of the university's physics institute. With his team, he conducted one of the few scientific experiments authorised by NASA during the Apollo 11 mission. They designed an aluminium sail capable of capturing particles carried by the solar wind. At first glance, that might seem a simple enough task. In practice, however, it was a major challenge. At the time, very little was known about the particles emitted by the sun into space. It is now known that Earth's magnetic field prevents most of this rain of particles from reaching our planet. 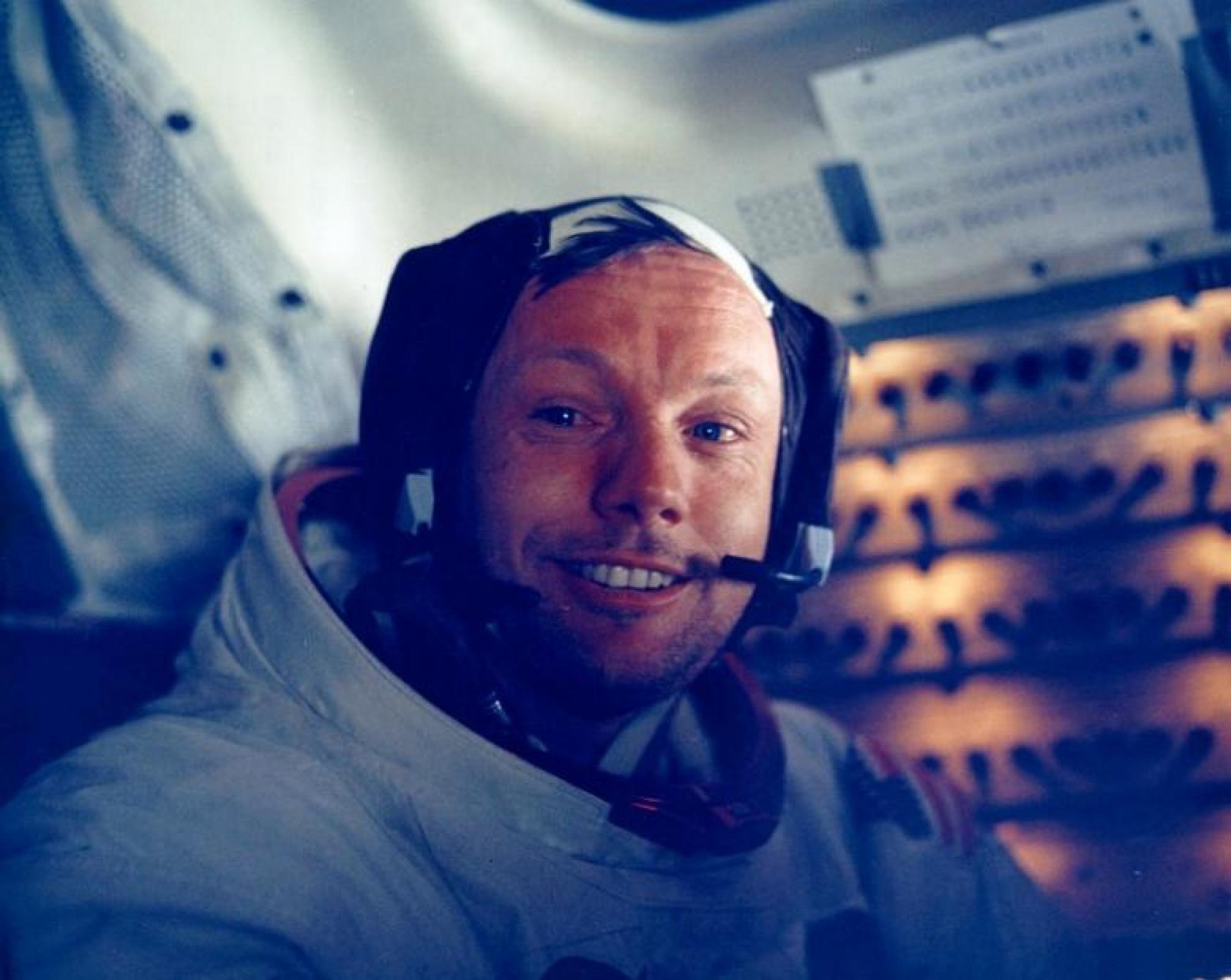 Colour films only returned to earth with the return of the Apollo 11 mission. So did the camera. Neil Armstrong kept it preciously in secrecy for many decades.

In 1965, Geiss and his team submitted their proposal for solar wind research to NASA, which had only planned one two-hour sortie on the moon's surface. The Bernese team explained that its aluminium sail would already be able to obtain significant results in this short period of time. And so, in July 1969, the three astronauts embarked on their voyage to the moon with this Swiss technology on board. It was immortalised forever in images, as millions of television viewers watched Buzz Aldrin stick the Swiss solar sail into the lunar soil just before raising the American flag. Geiss, now 92, is still active at the International Space Science Institute in Bern.

Though our eyes are now increasingly turned towards Mars, the moon is still very much in our sights. Indeed, our natural satellite is attracting renewed attention from Swiss researchers. The European Space Agency, of which Switzerland is a founding member, has commissioned the Swiss Space Center at EPFL to design a habitat on Earth equipped with all the technologies necessary for the establishment of a human colony on the moon. Named Igluna, this igloo-type project will be located deep inside the Matterhorn, where the extreme conditions are similar to those on the moon. More than 190 students in engineering, architecture, robotics and agriculture from EPFL, ETH Zurich and the University of Lucerne are involved in the project. Tests of this lunar habitat will take place this summer. Igluna will be open to the public. 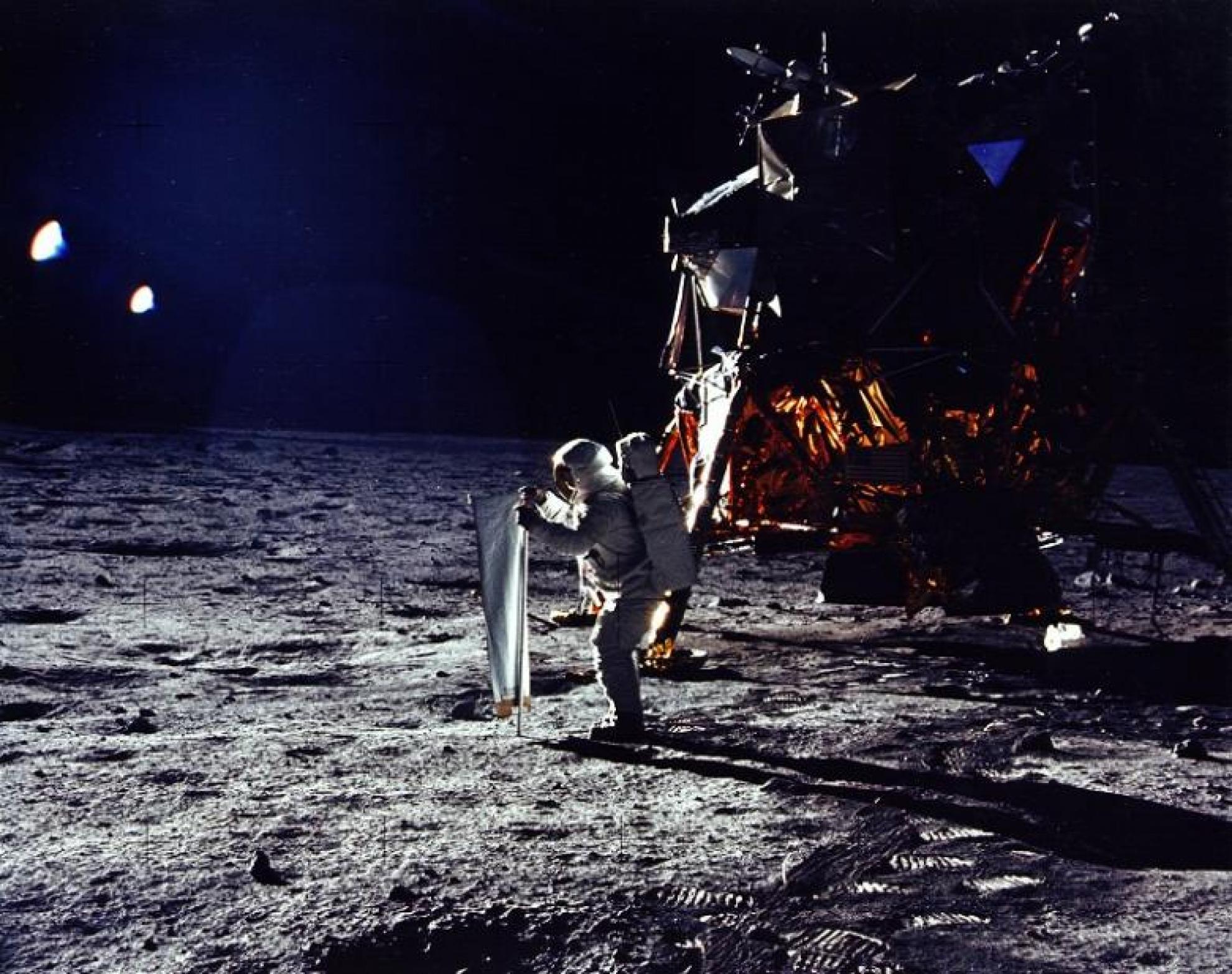