Water can only be harvested at night with current technologies, but that's about to change thanks to scientists at ETH Zurich.

According to the World Health Organization, 785 million people don’t have clean water close to home. Coastal communities have resorted to desalination plants, while those in the interior of a country have no option but to extract water from the air. Most of these techniques are energy-intensive and only work at night. Researchers at ETH Zurich have recently developed a new technology that could dramatically change this. A condenser in the form of a cone harvests water from the atmosphere 24 hours a day without any energy input, even under the blazing sun.

The technology developed at ETH Zurich functions in a similar way to poorly insulated windows in our homes during winter months, where water vapour in the air condenses into water. The new solution consists of a specially coated glass pane, which reflects solar radiation and also radiates away its own heat through the atmosphere to the outer space. It thus cools itself down to as much as 15 degrees Celsius below the ambient temperature. On the underside of this pane, water vapour from the air condenses into water.

Other technologies usually require the condensed water to be wiped from a surface, which requires energy. Without this step, a significant portion of the condensed water would cling to the surface and remain unusable while hindering further condensation. The ETH Zurich researchers applied a novel, ultra-water-repellent coating to the underside of the pane in their water condenser. This causes the condensed water to drip off of its own accord. Thanks to a self-cooling surface and a special radiation shield, the system also works under the burning sun during the day. 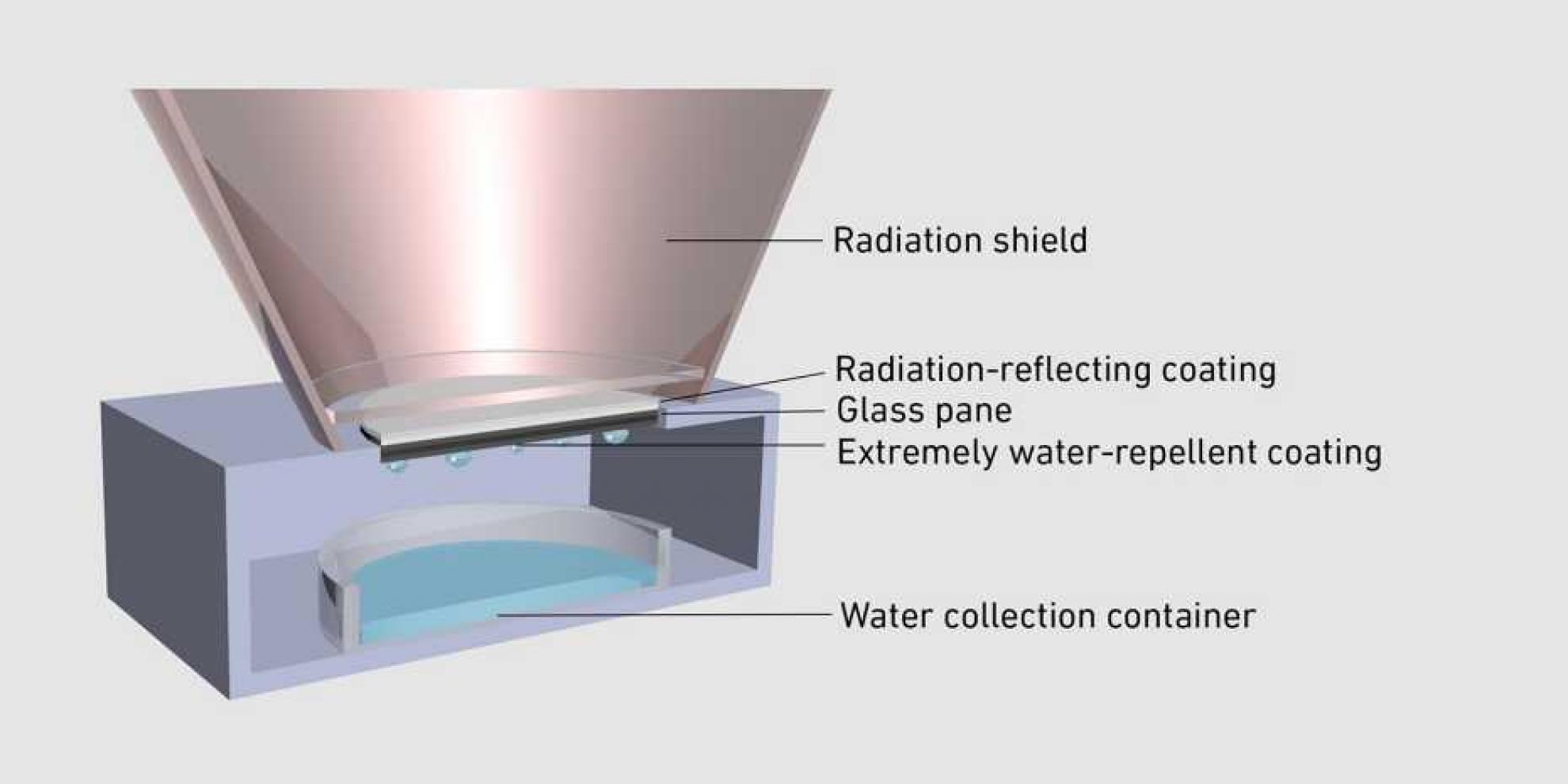 According to the scientists, under ideal conditions – high humidity and little wind or sun – the condenser can harvest up to 0.53 decilitres of drinking water per square metre of surface area every hour. This is close to the theoretical maximum value of 0.6 decilitres per hour.

The production of the coated panes is relatively simple and building water condensers that are larger than the current pilot on the roof of an ETH building in Zurich should be possible. No rare or expensive material is needed to construct such a condenser. Several water condensers could also be positioned side by side to piece together a large-scale system, similar to the way solar cells feature several modules set up next to each other.

The engineers next plan to further develop the technology or combine it with other methods, such as water desalination, to increase their yield.

AI technology for the future of farming